The Bologna Process and the European Higher Education Area (http://ec.europa.eu/education/policy/higher-education/bologna-process_en.htm)

The Bologna Process is a collective effort of public authorities, universities, teachers, and students, together with stakeholder associations, employers, quality assurance agencies, international organisations, and institutions, including the European Commission.
The main focus is:
the introduction of the three cycle system (bachelor/master/doctorate)
strengthened quality assurance and
easier recognition of qualifications and periods of study

Widely differing education and training systems in Europe have traditionally made it hard for Europeans to use qualifications from one country to apply for a job or a course in another. Increased compatibility between education systems makes it easier for students and job seekers to move within Europe.
At the same time, the Bologna reforms help to make European universities and colleges more competitive and attractive to the rest of the world.
The Bologna Process also supports the modernisation of education and training systems to make sure these meet the needs of a changing labour market. This is important as the proportion of jobs requiring high skills grows, and the demand for innovation and entrepreneurship increases.

A lot of progress has been made in implementing the reforms, as shown by the regular reportspdf .
In Bucharest in April 2012, the Education Ministers identified three key priorities for the future: mobility, employability, and quality. 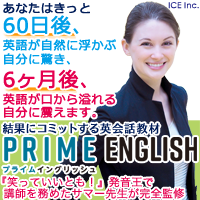